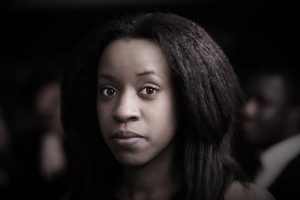 Lovedale’s musical journey began at a very young age, in a North London Pentecostal Church. Singing in Youth Choirs, quartets, trio’s, and forced into performing solos, she discovered a natural ability and love for music. Her love developed further when she attended a Performing Arts School, which cultivated her talents, whilst exposing her to a passion for the Arts as a whole.
Her journey continued when she went on to study at University of Roehampton, where she founded and directed the RighteousRoe Gospel Choir. During Lovedale’s last year at University, she joined the University Gospel Choir of the Year (UGCY) team, managing choirs for shows such as BBC Proms, Britain’s Got Talent and X-Factor.
In 2014, Lovedale co-founded the Uplifted Voices Choir, performing at high-profile weddings, TV and award shows, and sharing stages with some of the biggest names in Gospel. Three years later, she continues to direct the Choir, performing regularly at public, private and industry events.
Lovedale’s aim is to use all of her skills and talents to impact the life of others and inspire the next generation. She is fortunate enough to be able to combine passion and purpose in her daily work as a Director of UV Talent. Ultimately, she hopes that her work inspires, encourages and uplifts.
Follow Lovedale’s journey @iamlovedale 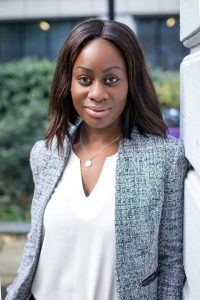 Lorraine is the Co-Founder of UV Talent Booking Agency and Founder of University Gospel Choir of the Year UK and Ghana. British born Ghanaian, Lorraine graduated from Brunel University in 2009 and has gone on to build a career in financial services, having worked for the likes of Accenture and UBS where she spent a year working in the US and 3 years working in Switzerland.

8 years ago, Lorraine turned her passion for gospel music by founding the internationally recognized University Gospel Choir of the Year (UGCY) in the UK and more recently, in Ghana. Lorraine has successfully scaled the annual “X factor meets university choirs” style events, together with her team, from a primarily London based universities event to a nationwide, televised event within one year and an international event within 6 years. UGCY is all about building communities through music and equipping students with diverse skills, whilst providing a platform to showcase talent on a national level. Over the last 7 years, UGCY has worked with over 5500 students from over 40 UK and 20 Ghanaian universities, airs on UK sky channel 239 and was aired in Ghana as a 6 part episode reality TV series on Ghanaian TV. The fast growth and scale of the UGCY network of gospel choirs fueled the birth of UV Talent Ltd.

An ambassador to One Young World, a Global Forum for social change makers and young leaders from across the world, Lorraine is passionate about solving some of the world’s most pressing challenges and is particularly passionate about Africa and pushing the Aspiring Africa narrative.

Lorraine has been recognized for the impact she creates in her community outside her day job, by being named a 'Future of Ghana' 30 under 30 pioneer in 2015 and subsequently was a judge for the 2016 publication. Lorraine has also been recognized as a Black British Business Awards - Rising Star winner and a Ghanaian UK based achievement (GUBA) Community Champion.

Asides from Lorraine's day job, ventures and interests, Lorraine is on track to complete her Exec. MBA from the Said Business School, University of Oxford this year. 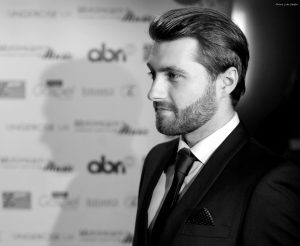 Over the years, Tom Windibank has played a key part in numerous choral groups, orchestras and session bands, he’s produced music for Purple Squares Studios and in 2014 toured with Hip Hop group The EYE Collective. Whilst studying Music at the University of Surrey in 2009 Tom co-founded an award winning choir with whom he performed on BBC London and Premier Gospel Radio. After graduating, he went on to co-found Uplifted Voices. Having now worked in the field of music and media for almost a decade, Tom has found his new home as a Director of UV Talent.